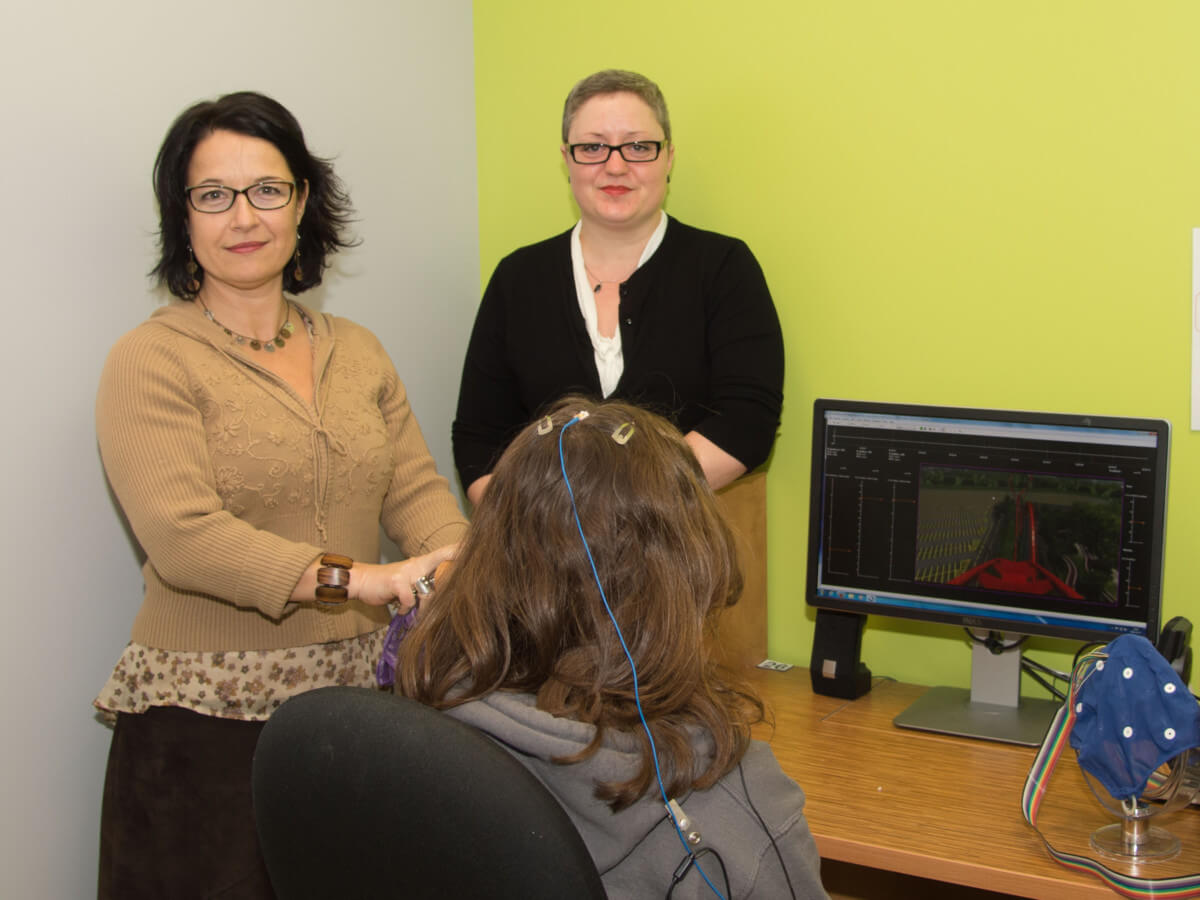 Andrea Szabo and Hélène Brisebois, two professors in the Department of Psychology at Collège Montmorency, are doing research on the brain functions of college students, including an understanding of the brain dysfunctions involved in attention deficit disorder with or without hyperactivity (ADHD).

The use of neurofeedback as an intervention technique for ADHD is at the heart of the activities carried out at the Alpha-Neuro Center, a research laboratory set up within the Learning Assistance Service (SAA).

What is it about? Neurofeedback is a technique for measuring the electrical activity of the brain that allows the patient to learn how to modify aspects of their own physiological functioning in order to improve their abilities.

The project resulted in a free neurofeedback intervention program for college students with ADHD. Each student enrolled in the research is subjected to various evaluations of his brain activity, including using an electroencephalogram (EEG), a standardized attention test administered by computer and questionnaires self-reported attention difficulties.

In its first year of implementation, the project has enabled more than 85 students from Collège Montmorency to receive specialized assessments of their attention difficulties. More than 50 of these students have completed a neurofeedback intervention program and another 25 are currently undergoing treatment.

Taking into account all the information thus collected, a personalized brain training protocol in neurofeedback is formulated for each student. He learns to modulate his brain waves so as to increase his attentional abilities.

“The treatment is meant to be training sessions,” explains Hélène Brisebois. On average, 25 to 45 sessions of one hour each are necessary. During a session, the patient is installed in front of a computer, a certified professional (called a coach) at his side. “

“Electrodes placed on his scalp and earlobes can record the electrical activity of his brain in 19 different places is the correlation between slow and fast waves of his brain,” says Andrea Szabo.

A study by the American Academy of Pediatrics has found that neurofeedback is as effective as psychostimulants, such as Ritalin.

“This innovative technique, still reserved for the private sector and the better-off, offers an interesting alternative to pharmacological treatments since it teaches the student to modulate their brain activity without the help of a chemical stimulant,” says Szabo.

“It works by neuromodulation, so using brain plasticity. In addition, several studies show that neurofeedback has the advantage of having lasting effects, which is not the case with medication, “she adds.

In the context of research, both psychologists and holding a diploma from 3 e cycle neuropsychology do not suggest stopping the medication, but with the approval of their doctor, several participants reduce or stop the medication during of the training program.

This research project is funded by SSHRC (Social Sciences and Humanities Research Council of Canada) over three years and is done in close collaboration with the Learning Assistance Service (SAA). It is also headed by the Directorate of Studies and the Department of Pedagogical Development and Success (SDPR).

Established in the late 60s in the United States, neurofeedback gained popularity in the 70s. It established itself as a technique of behavioral medicine. In Quebec, private clinics offer the treatment often reimbursed by insurance programs, under the heading “psychology”.

In the United States, this method of neurofeedback is used in primary school. Finally, athletes often train with neurofeedback by adding biofeedback.

1 thought on “Research on the Effectiveness of Neurofeedback in Montmorency”