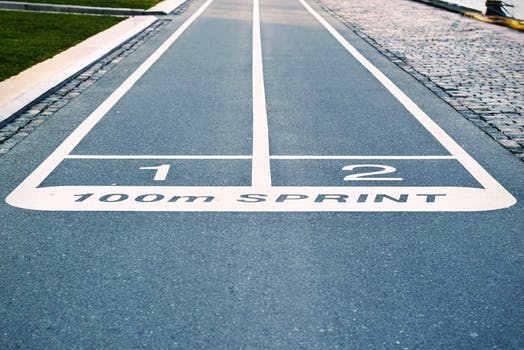 When Denver sport and performance psychologist Steve Portenga, PhD, first started providing therapy to athletes, he taught them breathing and relaxation exercises to practice at home. But he often doubted whether the athletes were doing their homework correctly, if at all.
“I’d ask them how their relaxation went over the past week and was getting answers like, ‘Oh, yeah…right.'” he says. The replies left him thinking, “You didn’t do it, did you?”

Then Portenga learned about biofeedback—a tool that provides empirical evidence of physiological activity, such as heart rate, breathing rate, muscle tension, skin temperature and brain wave patterns. Using sensors connected to displays, he and his clients could see how their bodies reacted to stress and to stress-reduction exercises. Athletes can also train with biofeedback apps at home and these sessions can be tracked, to see not only that they do their homework, but how well it works.

Portenga says he appreciates not just biofeedback’s ability to provide accountability, but the way it has helped his athletes learn to handle competitive pressure. He has used the technique with athletes in every major professional sport, including at Super Bowls, world championships and the Olympics.

During biofeedback training, clients can see the response that’s being measured while under simulated stress—such as by viewing a competition video or playing a challenging computer game. Biofeedback therapy holds that as people practice different responses to stress (slower breathing, for example), they can see how effective these are and adjust accordingly, which helps them learn how to better manage stress.

While large-scale research covering biofeedback’s efficacy remains scant, studies have indicated biofeedback’s potential in treating a variety of physical and psychological conditions. Research led by Poppy Schoenberg, PhD, now at the Vanderbilt University Osher Center for Integrative Medicine, examined 63 studies on various types of biofeedback used to treat psychiatric disorders. She found that about 81 percent of participants showed some level of improvement, with 65 percent demonstrating “statistically significant” symptom reduction (Applied Psychophysiology and Biofeedback, 2014). A meta-analysis by Richard Gevitz, PhD, a health psychology professor at Alliant International University, examined HRV biofeedback’s effectiveness in treating both psychological and physical disorders. Gevitz’s review of more than 55 studies found that it shows promise in treating many disorders, including asthma, cardiovascular conditions, hypertension, depression, anxiety and insomnia, and has potential for improving performance (Biofeedback, 2013).

Today, Portenga, a founding member of APA’s Coalition for the Psychology of High Performance, focuses his practice on adolescent athletes and nonathletes who may be faced with stressful situations that involve being judged or evaluated, including sports competitions and school tests. A session typically includes a mix of biofeedback and psychotherapy. As such, he says, he doesn’t bill separately for biofeedback, in the same way a therapist wouldn’t bill separately for mindfulness training. Portenga provides detailed invoices to clients to use for insurance filing, and is paid out-of-pocket by clients.

Portenga recommends clients use biofeedback apps at home—such as Respiroguide Pro—to help them visualize their breathing, like with an image of a ball rising with each inhalation and dropping with each exhalation. This helps clients adopt slower, synchronized breathing and heart rates to evoke a calmer state of mind, which is part of HRV biofeedback training. Over time, clients become accustomed to breathing at the slower rate and have less need to use apps, Portenga says. “To be able to track this to see what’s going on, to see when things are progressing and when they’re not, has just been fantastic.”
Beyond stress management

Leah Lagos, PsyD, a performance psychologist in private practice in New York City, has been using biofeedback in her practice for about 10 years. She has used HRV biofeedback to help post-concussion syndrome patients alleviate headache, problems concentrating and other symptoms. She is working with New York University on a study exploring the use of HRV biofeedback with this syndrome, which she explains is linked to an injury to the autonomic nervous system. “I’ve treated over 100 athletes [with post-concussion syndrome] and they have very similar trajectories of experience: At week four their headaches dissipate, by week seven they can focus again,” says Lagos.

She’s also used biofeedback to help a patient end persistent vomiting after other medical interventions didn’t work, and reduced incidence of migraines in other patients.

In addition, Lagos provides biofeedback to PGA tour golfers, dancers, Olympic rowers, soccer players, track athletes, basketball players and others. She typically meets patients once a week for about 10 weeks, with sessions lasting 45 minutes to an hour, during which time she uses biofeedback as well as cognitive-behavioral skills such as mindfulness training. She also insists clients do homework: two 20-minute sessions where they practice heart-rate variability using apps, such as Heartmath and Breath Pacer.

While she doesn’t accept insurance, she has had patients tell her that sometimes they are able to get insurance coverage for their biofeedback, particularly if they are being treated for headaches, she says. One of the aspects of this training that she most treasures, she says, “is seeing how it develops the patient’s confidence.”

Lindsay Thornton, EdD, is a sport psychologist and a senior sport psychophysiologist at the U.S. Olympic Committee in Colorado Springs, Colorado, working with Olympic-bound athletes in sports such as track and field and swimming. “What I’m mainly working on is managing pressure, anxiety and stress around performance,” Thornton says.

Thornton counsels athletes when needed, but the bulk of her work is helping athletes prepare to compete, which often entails using biofeedback. She claims that biofeedback can provide a “faster learning curve” for athletes to learn pressure-management skills.
“Sometimes in talk therapy, we can talk, talk, talk” without being able to change behaviors, she says. “But for me, using psychophysiology as a tool has been really powerful to teach athletes skills” in ways that would be difficult to do using words alone—with a sensor on the muscle, the client can visualize what’s happening and see the impact of various exercises.

Thornton primarily uses HRV biofeedback and EEG biofeedback, also called neurofeedback, which focuses on brain waves. When Thornton first sees athletes, she does a “full-cap” assessment with 19 sensors on an athlete’s head to allow her to see brain-wave patterns under different conditions. For example, she’ll have athletes work on virtual tasks, which enables her to see their physiological responses to stress.

“The goal of neurofeedback training is to create an awareness over what certain mental states feel like and then to develop strategies to recreate that state under pressure or in the face of distraction,” she says.

Thornton creates routines for each athlete that are rehearsed repeatedly under simulated stress conditions. Athletes may practice pre-performance rituals, for instance, that can include visualizations of their performance, breathing exercises and use of code words associated with what they expect to do (an archer may say, “smooth, shoulder, through” to reinforce upcoming actions to take).

Thornton became attracted to biofeedback during her training in sport psychology. “I wasn’t sure I was always doing the right things with athletes,” she says. “We were talking about muscle relaxation and visualization. The athlete might believe they were doing it correctly and I might think they were doing it correctly, but I wanted some type of assurance that we were achieving our goal.” Biofeedback helps provide that objective evidence, she says.

Olympic-level athletes are fascinated by peering inside their bodies—by seeing the responses her sensors display. “They enjoy that type of feedback,” she says.

Thornton has her athletes practice outside her lab with apps such as Stress Doctor, which reinforces their heart-rate variability training. But she doesn’t want her clients to rely on technology, pointing out that “they can’t pull out their phone on the field.” So, she gradually weans them from visual and auditory feedback to just audio to no feedback at all, using only their own now-heightened body awareness.

The payoff, she says, is seeing athletes master these strategies and witnessing “the pride and comfort and confidence they have.” And when the hard work she and her athletes have put in results in Olympic medals, as happened in the 2016 Rio Olympics? “It’s really exciting,” says Thornton.

For a more extensive look at the research on biofeedback, visit our digital edition at www.apa.org/monitor/digital and search for “Positive Feedback” in the March 2016 issue.

The Association for Applied Psychophysiology and Biofeedback Inc.
AAPB.org